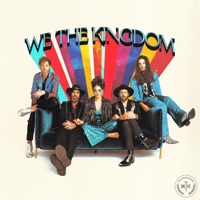 1. This show probably isn’t what you think.

You’ll think you’ve heard this before, like it’s the typical radio show, but it’s really not. Honest.

It may take you a bit, too, to realize it. But this show isn’t about people trying to be cool, or how awesome I, Brant, am. And we’d sure be in trouble if it were. I’m a nerd.

It’s not about a desperate need for attention, or ratings, or trying to be shocking, or crazy, to make a splash. We’re not even trying to make you a better Christian, or better American, or a better anything, really.

Shoot, it’s not about me. Or even about you. And that’s a pretty crazy thing to say, in the radio business. Even crazier: We’re doing a “Christian radio” show, and it’s not about Christianity.

Ultimately – and we hope this shines through, in time – this show is about Jesus. We believe He is alive, and His Kingdom is the good news, particularly for the poor, the outcast, the lonely, the marginalized. We talk about, and try to demonstrate, that Kingdom a lot, even when we’re not using the word “kingdom”.

2. Brant is a nerdy guy, but he doesn’t know everything. Or anything close to it. And he knows it.

Only Jesus is your Teacher. Any Christian “air personality” or star preacher or author or expert or whoever who suggests, however subtly, that he should be your authority? He’s ignoring his own brokenness. We are all brothers and sisters. Equals. Let’s grow toward Jesus, together. He, alone, is our Leader.

I have strong, and often considered, opinions on many things (like that last point might demonstrate.) But I reserve the right, at all times, to be wrong. I’m learning, too. I’m not humble about Truth, but I’m certainly humble about my ability to always apprehend it.

We’re freaks, too. We love you.

4. Some stuff will seem completely random and make no sense to you.

This is because some stuff will be completely random and make no sense to anyone.

5. Your views may be challenged.

Honestly: If you’re looking for affirmation of everything you already think, you’ll probably hate this show.

If you, say, prefer complex religion, or absolutely love the status quo in American church culture, you likely will turn the show off. Vaya con Dios, and may – truly – God bless you.

6. The show is not specifically FOR kids, but we do love them.

We’re not doing a show for six year-olds. We’re not going to talk down to intelligent adults. This said, we love children, and we welcome them. I’m a dad who’s vigilant about what my kids hear and see, and I respect parents who are trying to do the same thing.

7. We won’t always tie things in a little spiritual bow for you.

Sometimes, we’ll let you draw your own conclusions. Make no mistake: This drives some Christian radio listeners crazy.

But it bugged people when Jesus did it, too. He’s the best teacher, ever, so I’m going with it.

8. Not every conversation will be Spiritual™.

This is because this is how we actually talk. I’m an actual human, and I don’t want to suddenly turn into Super Spiritual Man when the “on-air” light is on. I live in the world of TV and Jiffy Lube and dogs and neighbors and work pressure and traffic and macaroni and cheese and sunburns and NFL games and gum on our shoes, just like you do.

What’s more, I don’t draw a hard line between “sacred” and “secular”, or “churchy” and “the real world”, or “Godly” and “mundane”. I think God owns everything. It’s all His, and He wants it all back. If you believe all conversations must be overtly church-centered, by your definition, or they are simply rubbish, we disagree with you. We think God not only has a sense of humor, He delights in it, and the detail of our lives. Our lives aren’t mundane, really, they’re filled with meaning, and surprising joy, by our Creator.

When a single 10 year-old says she listens to me “every day!” – I’m honored beyond words, and thank God for connecting me to her life. She’s as important as any artist we play, any “celebrity” we interview, and certainly as important as I am.

I thank God for every person who listens. To think he allows US to play a role in your life? Amazing.

“Seriously joyful”, maybe. Bob Dylan said heaven will sound like “echoes of laughter”, and I think he”s on to something, there. We know you’re busy, we know it’s just a radio show, and we know it won’t last forever. People move, jobs change, radio stations come and go. Ultimately, we have lasting hope only in Jesus, the Alpha and Omega, the Beginning and the End.

My wife used to have a t-shirt with a message I liked a lot, and I hope it captures the heart of the show. 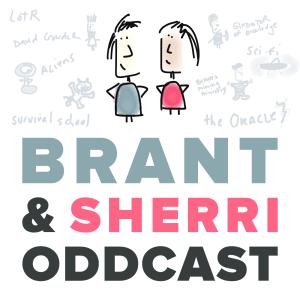 “Later on they become husband and wife.”

“I don’t care how hip those chairs are.”

“It’s a matter of being humble and honest.”

“We have an elevated discourse.”

“In every conversation you’re either adding value or taking it away.”

“A place to sit in the wilderness.”

“Your skin will remain youthful.”

“Trust that God’s character is good.”

“You can rest knowing you prayed about something.”

“People don’t default to peace. You have to make it.”

“Trust is our masterpiece to God.”

“It’s possible to age and not grow up.”

“I don’t even know if I’m gonna watch your big game.”

“I’m trying to make you happy…”

“A heart of compassion and humility ultimately helps you keep friends.”