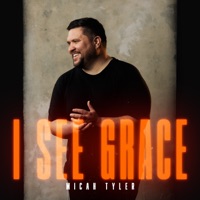 Shine.FM invites you to an Evening of Stories and Songs with Steven Curtis Chapman and special guest Mac Powell.

Location: Centennial Chapel on the campus of Olivet Nazarene

Steven Curtis Chapman has spent the last 35 years writing and performing genre-defining songs that shaped a generation. With a staggering 49 No. 1 singles in his catalog, he is the most awarded artist in Christian music history, winning 59 GMA Dove Awards, five GRAMMY Awards, an American Music Award, and selling more than eleven million albums with ten RIAA-Certified Gold or Platinum albums. You may have heard one of his latest songs, "Don't Lose Heart" playing on Shine.FM!

Mac Powell, originally from Alabama, moved to Atlanta, GA as a sophomore in high school where he would soon co-found the Christian rock band Third Day. Throughout their nearly three decade career the band sold over 10 million albums, earned four Grammy awards, one American Music Award, 24 Dove Awards, and was inducted into the Georgia Music Hall of Fame. Since Third Day’s farewell tour in 2018 Mac released a country album “Back Again” under the banner “Mac Powell & The Family Reunion." You may have heard his songs "New Creation" or "River of Life" playing on Shine.FM!